TurtleBuilder is a turtle graphics made on the top of Swift’s function builder. It allows you to use a Logo-like syntax to create and draw lines in your Swift project. 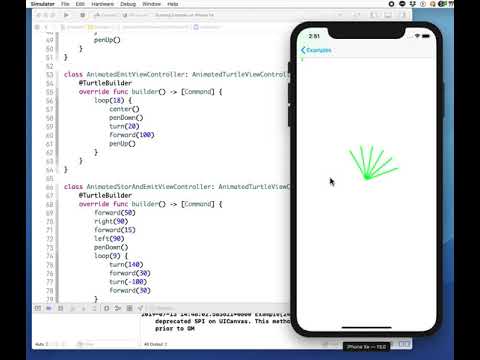 Because it is fun!

You can install TurtleBuilder into your project via Swift Package Manager.

You can use a build block to build a turtle. For example:

Then you can get lines from the turtle, by calling turtle.lines. If you render it, it would look like 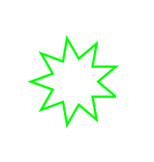 TurtleBuilder provides following commands to let you control your turtle:

TurtleBuilder provides two views where you can let the turtle to draw graphics. One is TurtleView, it renders the still lines with Quartz 2D, while another is AnimatedTurtleView, which creates animating layers using Core Animation.

You can use AnimatedTurtleView as following:

Then call turtleView.animate() to start the animation.

If you use variables in the commands within the loop command, we only take the values once. For example, if you have code as following:

We do not generate new randrom numbers in each run of the loop, and the values sent to the commands remain identical.